New week, new things to tell. As always here, Washington DC is full of  things to do, and of course I took advantage of it. 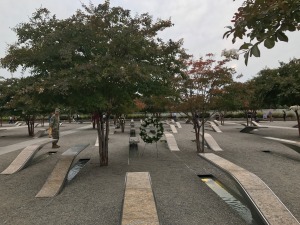 We started by going to the Pentagon on the 11 of September, as all of you know it’s been 16 years since the terrorist attacks, and what a better place to remember it than in the Pentagon? Of course, we couldn’t go inside, but a guide was there to explain us everything. He even had pictures to show us how 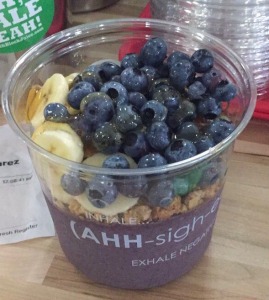 the place ended up after the plane crashed. Later we walked around the memorial, and I have to say it was beautiful. The way they have represented all the victims there is inspiring.

During the week I was so occupied doing all my homework, and reading so many things, I barely had time to go to the gym. And talking again about the gym, I feel obliged to tell you about the bowls they have on the bar upstairs. These bowls are healthy, made completely of fruits, and they taste so good. It’s a bowl for 10 dollars but it’s so worth it, and it’s like a whole meal. There are four types to choose from, and you can add any fruit you like, so you all should try them.

The weekend arrived and I had so many things planned. First we went to Alexandria, it’s a city near Washington, and you can get there by metro or uber. It isn’t that big of a city, 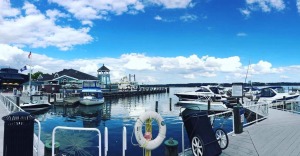 but it’s a great place to go for a walk and spend the afternoon chilling in the harbor. The view was amazing so we took a coffee by the river, and then came back. We were planning a gathering with the other exchange students, and each one of us brought different kinds of food, so we decided to make Spanish tortilla. We had so much fun. I wish we could do that everyday.

On Saturday we went to the H Street Festival, it was full of trucks to eat and to buy things, from clothes to jewelry. Along the street there were like five stages or so where people were singing, dancing and performing. It was a really cool place to go. We spent the afternoon there, walking around, buying things, and trying different types of food. The place was so crowded it was difficult to even walk, and it was so hot that at times I feel so overwhelmed I just wanted to leave, but later in the afternoon it was much better, and I really had a great time there.

To finish my  fourth week here, on Sunday I went to St. Agustin Catholic Church to see a gospel mass. The church is really beautiful and the atmosphere was something I had never see before, all the people were singing together, really feeling the songs, and I was moved with all of it.  I think it’s something everyone should see, whatever your religion is.