It has been more than 2 months for me to be out of my country, and I really miss it!

For those who feel homesick as I do, Washington, DC is right place to find something related to other countries. This time, my roommates and I went to a Turkish restaurant. It was surprising that as opposed to Europe, Turkish restaurants are not that popular in the USA. In DC, there are 3 or 4 Turkish restaurants. I chose to go to Ottoman Tavern and it was located in  425 I St., NW, Washington, DC 20001. Even though it was little bit fancy and expensive, I felt like home and understood how much I missed talking in Turkish.

Also, it was the best opportunity for me to introduce my country to my roommates. At the end of the dinner, my friend Brennan, who will go to Lebanon as an exchange student from GWU, promised me that he will come to Turkey to see the real culture. 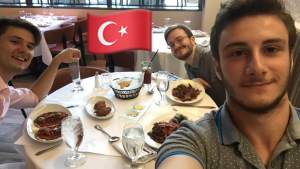 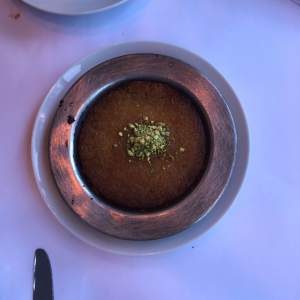 We ordered chicken and döner kebabs. I have to admit that those food called “kebab” were not real kebabs. Kebab in Turkey are made with a variety of spices not with some sauces. I drank Ayran with kebab. Ayran can be called as yoghurt water and is always ordered with kebabs. Also, we ordered Lahmacun that I can be called “Turkish pizza”. At the end of the dinner, as most Turkish people would do, we drank Turkish coffee, and Brennan tried to tell my future based on my coffee cup, which is a tradition in Turkey. After I drank Turkish coffee, one of my friends always tells my future. Even though Brennan was not that good at fortune telling, it helped me feel at home. 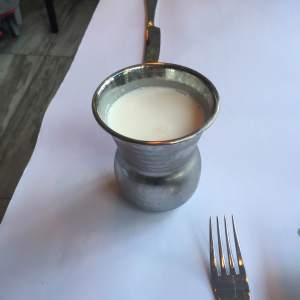 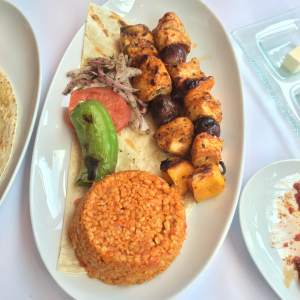 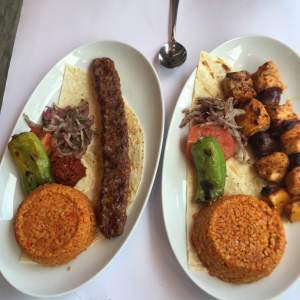